In the centre of London, a stone’s throw from the steps of St Paul’s Cathedral, this former sewing machine factory in Ludgate Square has been sympathetically converted and redeveloped to seven residential accommodations and two commercial units.

Originally built during the 1880s at the height of the area’s prominence in the rag trade, its location is a conservation area. During World War II a bombing attempt on St Paul’s Cathedral missed and the building next door to this one in Ludgate Square was destroyed.

The current owner of the building, Tony Greaves previously used it as his company offices but a move to new premises opened up the opportunity to change its purpose.

“My home has Mumford & Wood windows, and I’ve been very impressed with them, so when embarking on this project, I naturally thought to pick up the phone to Mumford & Wood again.”

The building’s location and historical significance meant that the City of London council planners needed to oversee proposed changes; the owners presented them with details of the Mumford & Wood products, as well as specific details surrounding the window profiles, to which they were very satisfied.

Authentically detailed sash windows were approved for the apartments offering fantastic views over the city skyline, including a view of The Shard. Flush casement windows have given the retail units a fresh, yet sympathetically fitting appearance on the street level.

Mr Greaves comments “the windows really are lovely. We are so close to the city here yet it is so quiet when you’re inside the apartments, and we feel the quality of the windows make such a difference to that.”

At the time of visiting, the apartments were shortly going on the market with strong interest already indicated and the retail units were also expected to be occupied in the very near future. 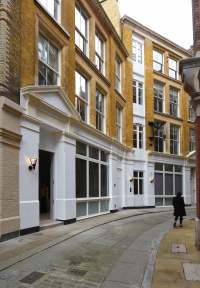 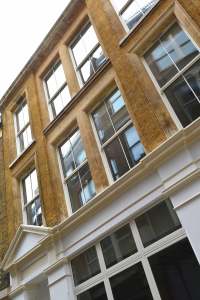 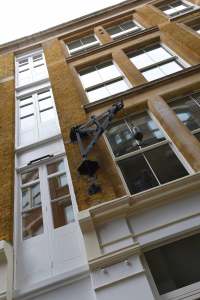 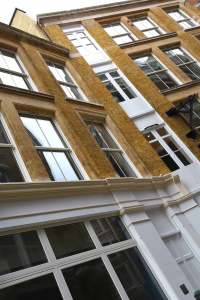 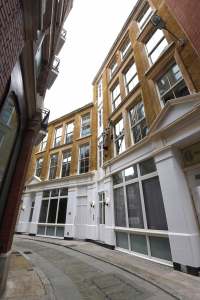