Mumford & Wood are sole suppliers of single glazed, historic box sash timber windows in the dramatic renovation of the main building of the Duke of York’s HQ, Chelsea, now the home of the Saatchi Gallery. Once the base of the Royal Military Asylum, completed in 1803, a century later becoming the working base of the Territorial Army, this imposing building has seen insensitive internal treatment while it has suffered little change externally.

The window match was top priority by planners. Existing glazing bars to ground and upper floors ranged from 15-17mm and approval was given for a consistent and slender 17mm glazing bar throughout, this being a non-standard size for Mumford & Wood.  A combination of 90 semi circular and square top windows have been designed and manufactured including a fire resistant alternative for the lift shaft.

“The new Saatchi Gallery is quite fascinating,” says a senior spokesperson at Mumford & Wood Ltd., “and we are proud to have been invited to produce windows that have contributed significantly to the survival of this building’s historic fabric.”

A full site survey of the main building was undertaken by Mumford & Wood some two years ago and delivery commenced over a staged period from March 2007.  All were traditional putty glazed and supplied fully factory finished with three coats of superior grade microporous paint. 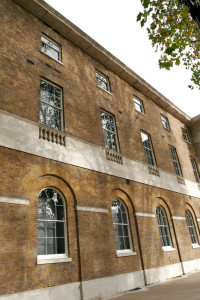 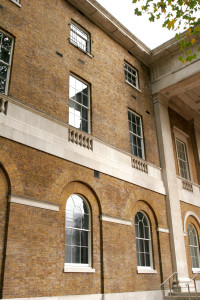 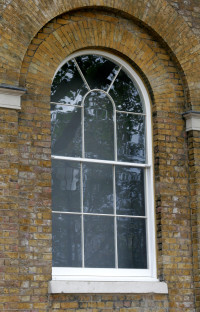 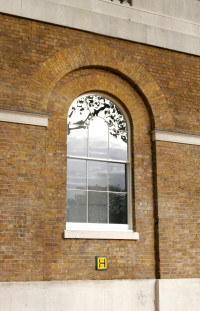 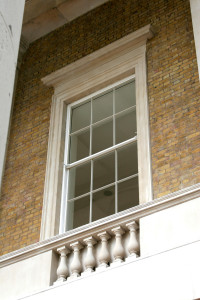