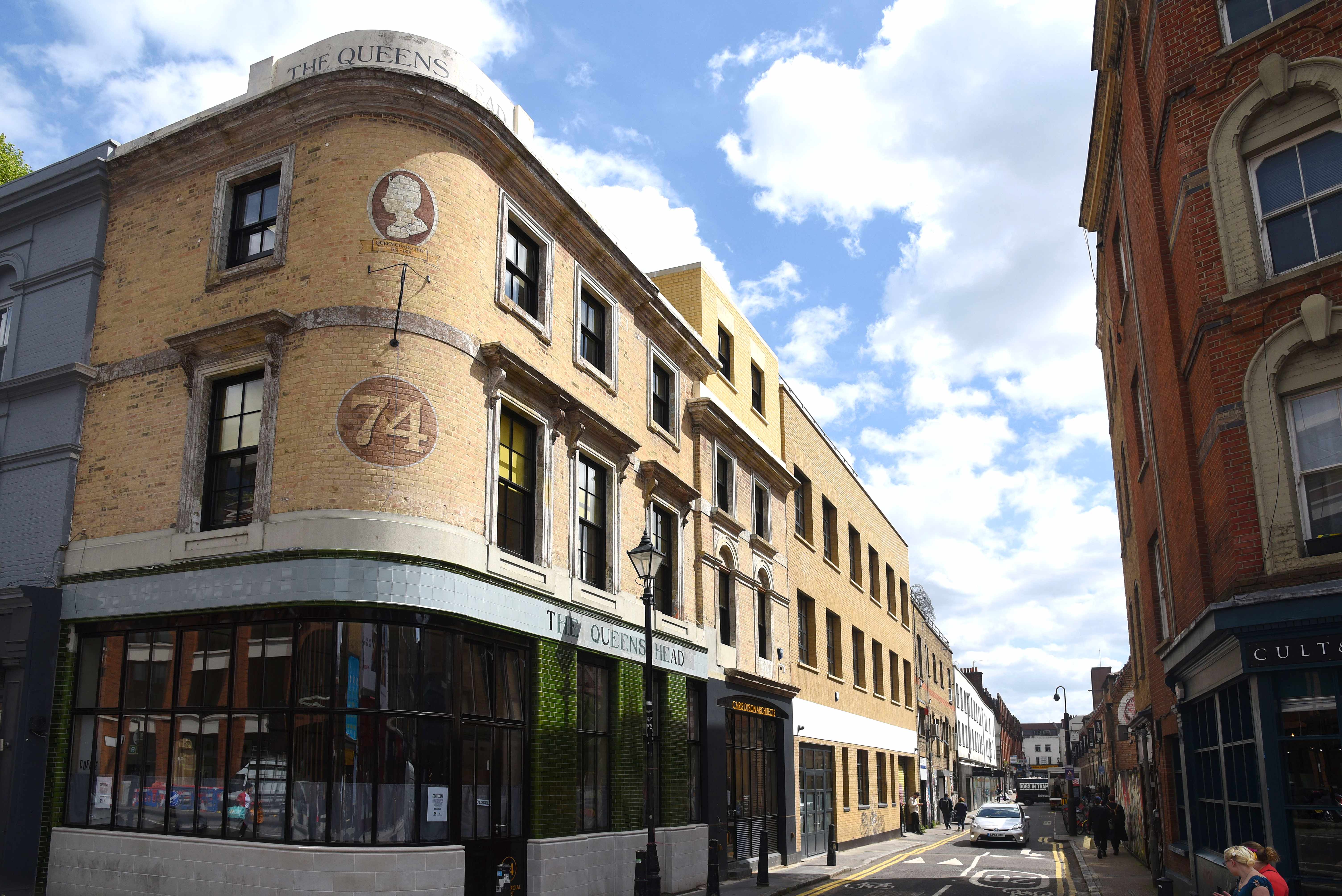 East London’s Commercial Street, with Spitalfields Market and Brick Lane nearby is home to the renowned Chris Dyson’s architectural practice. Having outgrown their original studio, the practice relocated to the corner of Commercial Street and Fashion Street in 2014.

When first occupying the building, its appearance was tired. Undertaking the project of refurbishing and renovating the building that Chris Dyson and his team of architects operate from, they sought to ensure a sympathetic overhaul of the building, preserving its history whilst making a more homely base for the team.

The brief was to restore the building’s exterior, a full interior refurbishment and the addition of further space. The approach was to strip back the 20th century interventions to reveal the building’s historic fabric and only make-good where required. The design was adapted along the way to incorporate and exhibit historic elements that had been uncovered during construction.

“The building is in a conservation area but not listed, so we didn’t have particular restrictions but for completeness we did seek full planning approval for all the works, which included an extension and roof terrace” Jack, a member of the architectural team comments.

Research shows that a public house has been on the site since the early 19th century, with the current building standing since the 1850’s. The Queens Head pub stopped trading as a public house in 1927, and the building has taken on other identities since this time. Although not listed, the building is of particular interest to pub history and Jack the Ripper enthusiasts, having links to two of his victims; one of which was seen standing outside the pub shortly before her death.

Working closely with their building contractor and the local authorities, the project took a year to complete, including the refurbishment of the ground floor coffee shop.

“Mumford & Wood were recommended to us for the sash windows by our building contractor” he explains.

Dark grey sash windows were specified throughout the upper floors, mirroring the building’s origins and surrounding area, providing an edgy yet traditional appearance.

“We opted for metal frames in the ground floor coffee shop, but we’re glad to have the Mumford & Wood timber sashes in our offices upstairs, as they’re much warmer.” 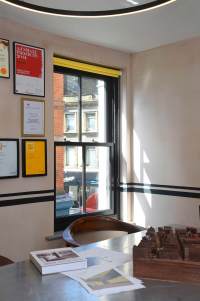 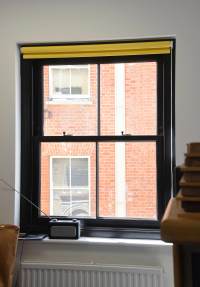 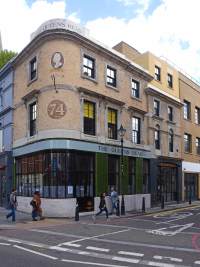 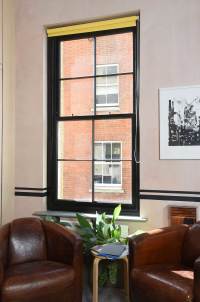