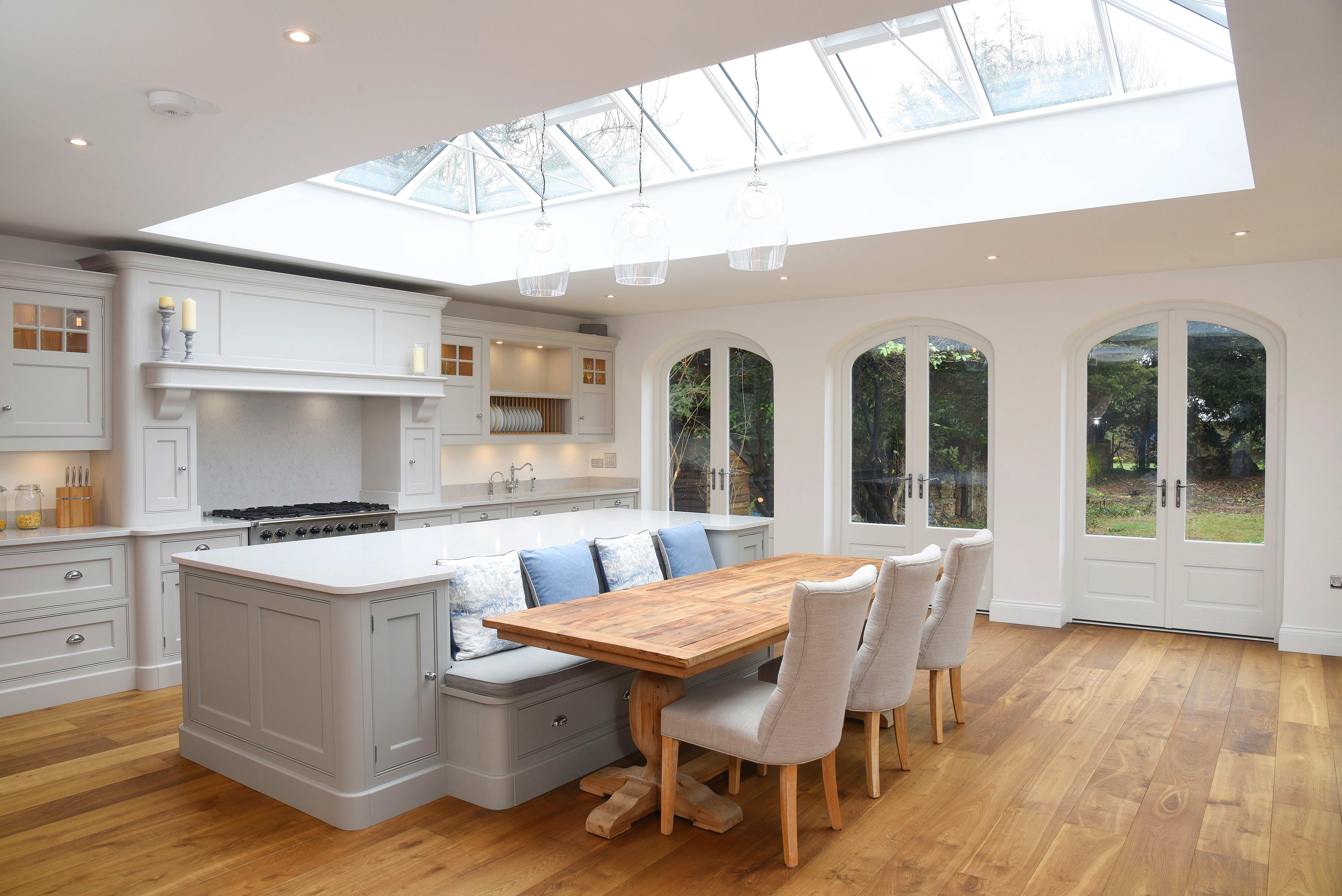 Mr and Mrs Walters’ Surrey home was built in the 1930s; its location dictating the preservation of the traditional frontage.

The rear of the house however has undergone a major transformation, with a contemporary extension suitable for the demands of a modern family, doubling the size of the existing reception space.

A spectacular new kitchen and dining area, with casual living and family space now stretches across the back of the house, with a trio of arch topped French doors providing the backdrop and outlook onto the secluded garden.

“We looked around at various companies from our own research, along with a number of suggestions from our architect” Mr Walters explains regarding how they became aware of Mumford & Wood.

“Some other companies were cheaper, but this was reflected in the quality of the product and the service. When spending this amount of money on a home project, you want it to be right – the doors really have the power to make or break the space.”

The French doors were a deliberate choice by the family, “we avoided using bi-fold doors, as we felt this might make the space look too industrial and opted to add a design tweak to the French doors by softening their look with a curve.”

A new front door has also been added, along with a replacement, lead detailed casement window.

Mr Walters describes how he was able to see the product first hand prior to placing an order, “my workplace is in central London, so it was convenient to visit the Mumford & Wood product display at the Building Centre in Store Street and meet a member of the team to discuss our project.”

“The products are really great, and in particular, the French doors have helped make a spectacular living space.” 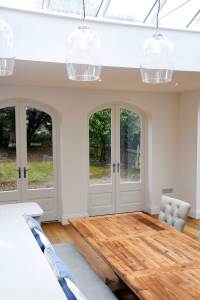 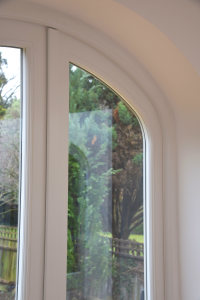 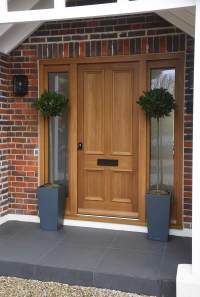 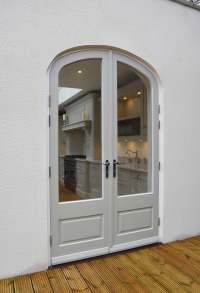